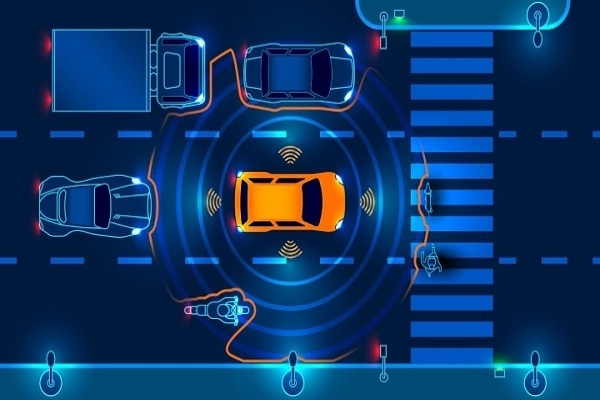 IoT in Transportation – How it will Revolutionize the Industry?

From being a buzzword to changing the way we live, Internet of Things has completely transformed today’s world. From changing the way businesses function to altering our personal lives, IoT is one technology that has made its mark everywhere. In fact, according to Gartner there will be 50 billion IoT devices by 2025.

Moreover, as per a report by Fortune Business Insights the global market for IoT, which was valued at $190 billion in 2018, is forecasted to reach $1.11 trillion ($1111.3 billion) by 2026 at a 24.7% compound annual growth rate (CAGR). With the technology growing at an extraordinary pace, companies are also investing heavily in the same, and it is changing the way industries function.

IoT has had an impact on all aspects of life and business, and interestingly it is also changing the way we travel. Experts forecast the transportation industry will spend $40 Bn. annually on IoT by 2020. Interestingly, the global IoT in the transportation market was valued at $135.35 billion in 2016 and is expected to reach $328.76 billion by 2023, growing at a CAGR of 13.7% from 2017 to 2023

While there are multiple ways in which IoT is changing the way transportation takes place, we explore some of the top aspects of conveyance that have drastically changed since the integration of this technology, in this sector.

One of the most important things when it comes to transportation is safety, and that is the primary thing IoT is trying to address. Smart cars have smart sensors that allow you to alert other vehicles on the road of potential road hazards, reckless drivers, or likely traffic delays. United States Department of Transportation is working with car manufacturers to incorporate IoT technology to reduce the occurrence of crashes by 80%.

Additionally, with predictive analysis in public transport, a safer ride can be expected. Predictive analysis helps maintenance engineer predict when a part might need a replacement, thus, reducing the risk of accidents or downtime, henceforth, ensuring a safer ride to passengers that could otherwise be dangerous. IoT can also act as a bridge between authorities and citizens in case of an emergency to organize an evacuation, change traffic routes etc.

Intelligent transportation systems also have video surveillance that they use to protect a customers’ physical well-being and observe a driver’s performance; it also has informed navigation that enables drivers to avoid routes with risky conditions (e.g., chemical spill, fire etc). Essentially, the sensors combined with video surveillance can track all abnormalities and minimize any future crash or accidents.

Focusing primarily on public transport and how unreliable it can be, IoT aims to make the commuting experience better. Public transport is usually prone to delays, and hence commuters are often left stranded and/or confused. It often leads to wasting a lot of time, because of the unpredictability of the trains and buses.

While most of these buses and trains have their standard schedules there is usually a question of whether they are sticking to that schedule or not. With IoT-enabled tracking, buses and trains can give real-time information and their status to commuters. This information can be communicated to the passengers via mobile apps, messaging services etc. In fact, it is possible to also let the commuters know buses and trains have empty space or not. This allows the commuters to save precious time, track buses in real-time and know the most convenient time to start their commute.

Other than tracking and giving out the real-time status, passengers can use Wi-Fi on trains and buses, hence allowing them to work on their commute. Most of the bus stands and train stations could also soon become IoT enabled, wherein via touchscreens they will be able to explore directions, weather and view real-time arrival and departure times etc.

In addition to how IoT enhances the commuting experience, IoT technologies are integrated in more levels of the public transit system. With IoT sensors at bus stops and train stations, transportation managers and authorities can get an evaluation of the footfall at these places.

They understand how many people need to be picked up and from where thereby helping in increasing or decreasing the number of trains/buses on that route. With sensors planted across streets, roads etc, the authorities can also determine the fastest routes.

For trains, sensors on the tracks and stations can ensure appropriate tracking of footfall. The data collected via these sensors also help in planning and understanding the transit system. With the data, new routes can be added, and redundant ones removed thereby saving cost.

Even though the world is quickly moving towards driverless cars, it is of utmost importance to be able to track the health of a vehicle. With vehicles becoming a part of an IoT ecosystem and/or smart cities, they will be constantly inspected via sensors to ensure there is no problem with the vehicle.

True for car, buses etc, the IoT tech will be able to notify the owner or the driver, well in advance of any faults in the car that need to be fixed. This will help in unplanned breakdowns and decrease the chances of accidents. IoT sensors will also notify other drivers on the road, in case of any emergency.

The sensors will also keep full track of the driver, emergency numbers, etc. along with investigating fuel, brake, speed, performance etc multiple times in a day. This same thing holds true for public transport vehicles also. Since the health of the trains and buses is constantly monitored, the downtime and unexpected breakdowns of the same reduces. This reduces unnecessary delays.

Once IoT is integrated into transportation and logistics, it becomes easier for businesses to keep track of their assets. IoT sensors and technologies allow businesses to access real-time information like location, speed etc.

IoT is also being utilized in logistics via geo-fencing. Geofencing essentially is an expansion to GPS tracking, that captures the location of an asset with coordinates of the precise area. This ensures the supervisor to keep track and make sure that an asset does not detour from a predefined geographical area, thereby eradicating delivery delays.

A well-established IoT system can help in curbing traffic at any given time. The sensors can be used to notify drivers, via mobile apps, of any road closure, vehicle breakdowns, construction work etc that can lead to traffic. These sensors alternatively also suggest the shortest route available.

Additionally, as discussed earlier, an efficient IoT system can enable preference towards public transport, thereby reducing the number of private vehicles on road. This not only reduces traffic but also reduces pollution. A decrease in private vehicles also results in a lower carbon footprint, thereby helping the environment.

IoT has already made its mark in the world of transportation and the change towards its transformation has begun. While driverless cars may seem a distant dream, the implementation of sensors, safety features, real-time updates etc have already started and are being used at the full-scale in many parts of the world. The technology will continue to enhance the industry and constantly make it better.

How Internet of Things (IoT) is transforming Pharmaceutical Industry?

IoT in Transportation – How it will Revolutionize the Industry?

How to set up and use Memojis on your iPhone

What is diffrence between Sales and Marketing?

What are the main differences between Sales and Business Development?

What are the main differences between the Reorder Level and Reorder Quantity?

How much does it cost to develop an online grocery delivery app?

Difference Between A Manual and A Guide?

10 Reasons Why Marketing Is Important To a Business

The organization Hiring process has changed In recent years as we’ve seen a massive shift towards online shopping, resulting in many

How will a digital HR transformation benefit your company?

No matter how you look at it, the workforce is changing. Not only is it becoming more diverse, but employers

Discover the leading recruitment strategies in 2021

Recruitment process is an integral part of any organization for running day to-day operations, Whether business is big or small.